Fan Kuan painted this majestic hanging scroll, almost seven feet tall, more than a thousand years ago. In 1958 a scholar found that the artist had inserted a tiny signature near the line of mules and men who are threading their way through the rocky paths.

This famous work celebrates the contrasts and textures of nature. An immense cliff dominates the background. A fine cascade of water tumbles from a crevice on the right, with the rooftops of a temple silhouetted nearby. A tiny row of mules and men walks near a stream, and lush foliage alternates with sheer rock. Fan embraced the Daoist belief in the balance of seemingly opposite forces, and his scroll emphasizes harmony within nature.

Fan, according to historians, decided that he had to immerse himself in the landscape in order to portray it accurately. He lived in isolation on Mount Hua, studying the landscape as it transformed throughout the seasons.

This landscape seems exaggerated and unreal, and it’s not intended to depict an actual place, but the rugged cliffs are similar to Mount Hua’s granite peaks. 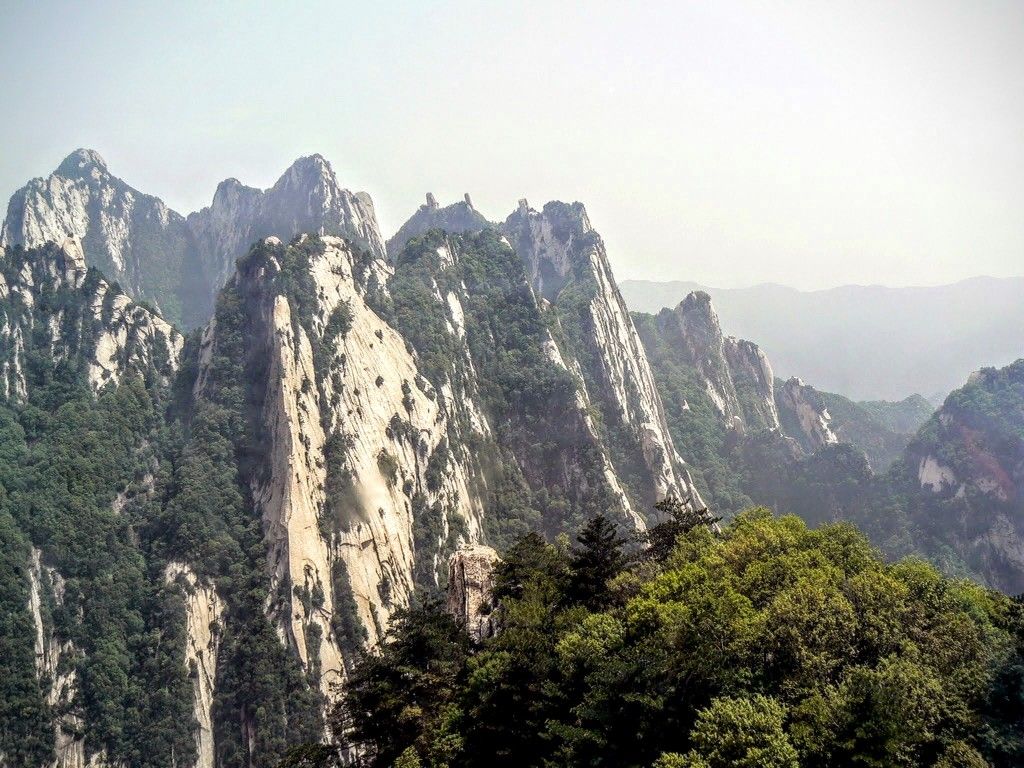 Fan is celebrated for the range of brushstrokes and techniques he used to depict different aspects of the scene: strong jagged lines to define the rocky outcroppings; tiny dabs of ink (“raindrop” texturing) to create the rocks’ surface; fine, crisp brushwork to depict leaves; ink washes to suggest haze and mist.

He left some sections of the silk unpainted to represent water. The painting also includes multiple vantage points, inviting viewers’ eyes to wander from the distant peaks to the dense forest to the minuscule travelers in the foreground.

For centuries scholars were unsure whether the scroll was actually a work by Fan Kuan. In August 1958, Li Lincan, a scholar at the National Palace Museum in Taipei, spotted Fan’s signature: two Chinese characters stacked vertically, almost indistinguishable from the drooping branches to the right of the mule caravan. Travelers Among Mountains and Streams
Artist: Fan Kuan (c. 950- c. 1031)
According to historians, Fan Kuan was “known for his magnanimous character, straightforward personality, and fondness of drink and the Tao”1 His innovative techniques, and his early emphasis on landscape as a worthy subject, influenced generations of painters. Travelers Among Mountains and Streams may be his only surviving work.